COVID-19 and Hunger in Haiti 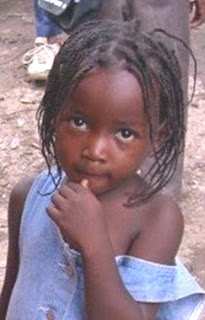 Haitians are well aware of the COVID-19 pandemic. Following the report of Haiti's first two cases on March 19, President Jovenal Moises closed Haitian airports and seaports, and locked the border with the Dominican Republic. As of May 6, there has only been a total of 79 cases and 12 deaths reported in Haiti. These numbers are incredibly low compared to reporting from Haiti's neighbor, the Dominican Republic, where there have been 8,807 cases and 362 deaths. However, only approximately 1,000 Haitians have been tested and, undoubtedly, there are many undetected cases. Still, the dreaded COVID-19 apocalypse has not appeared yet. This has raised questions of a natural or acquired immunity among Haiti's population or, more likely, suggests that the country shut down quickly (it was already in lockdown from recent surges in violence) and effectively kept coronavirus-infected foreigners outside its borders.

The Haitian response to the pandemic has been mixed. In the capital, Port-au-Prince, a large number of people wear masks, some stores demand that masks be worn to enter, and many stores offer disinfectant gel to be used before transactions. Nevertheless, local industrial parks like the Karakol Industrial Park have returned to work in shifts. Thousands of employees are crowded together while entering and leaving the plants, despite President Moises' assurance that workers would be able to adhere to effective social distancing measures.

In the countryside where MFP works, few wear masks and most do not adhere to social distancing guidelines in the crowded markets. The major issue that occupies rural Haitians is not the COVID-19 pandemic... it’s food. Brittany Galvin, a nurse in Gros Morne, summarized the situation: “As the cost of goods has increased and the value of the goude has dropped, the average Haitian does not have enough money to put rice on the table.”

The relevant statistics are quite grim. 6 million Haitians (out of a total population of 11 million) live below the poverty line. More than 2.6 million Haitians live with food insecurity -- a million of whom have no food. There is food in the markets but, as Ms. Galvin stated, prices have risen sharply and have surpassed what most Haitians can afford. The major reasons for this dire situation include:

·      Government corruption and incompetence. Haiti has been in a deepening recession for more than a year. The value of Haitian goude continues to spiral downward and its buying power dropped by 20% since last year.

·      Civil disruption and violence, including road blockades, have impeded the distribution of food to the countryside.

·      Heavy reliance on imported food, including 80% of rice, its staple grain. Imported food is less available and prices are inflated. The price of rice has doubled since last year. Shamefully, the destruction of the local agricultural sector by foreign aid intervention is a devastating but integral part of Haiti's history of foreign food dependency.

·      Schools have been closed since the first of the year and will not reopen until next fall. As such, children are being denied access to the one constant source of a nutritious meal each day: the school feeding program.

·     Remittances from Haitians living abroad (approximately 3 billion dollars) is the major source of money for the average Haitian. Many in the Haitian diaspora are now unemployed.

We believe that the critical solution to many of these societal problems is Government reform. The Haitian Government must be committed to avoiding famine in the countryside. In the meantime, foreign aid should be targeted on feeding the most vulnerable Haitians. Finally, the United States, contrary to its present stance, must support Haitian politicians who are committed to transparency and who are willing to purge the corruption that has been so prevalent in the past two administrations.